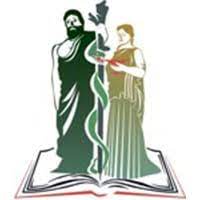 The city children's hospital "In memory of saint coronation of their Imperial Majesties" was founded on the 25th of May in 1905.
Saint-Petersburg State Pediatric Medical University was founded in 1925 as the Academic and Research Institute of Maternal health and babyhood protection in the hospital basement on the 7th of January 1925.
For many decades, the University is an international centre of higher medical education. Over the past half-century, it graduated several thousand foreign students from 70 countries from 4 continents. Currently, University is open to students from over 50 countries. In University may be taken a person of either sex, nation or race, regardless of political or religious beliefs of any state that has diplomatic relations with the Russian Federation.

Saint-Petersburg state pediatric medical university provides a high educational level, which guarantees high demand in the labour market. Our students and lecturers are laureates and prizewinners of rather international and Russian contests. Every year our students take part in contests of scientific works for St. Petersburg Government grants and have success.
Traditionally scientific researches are one of the important parts of work in our university and include the main areas of medicine. According to Russian Science Index, we are at the TOP-3 of all medical organizations in the Russian Federation, and in TOP-25 of all scientific organizations in our country.

Saint-Petersburg state pediatric medical university related agreements of cooperation and partnership with foreign medical organizations: The University of Texas Health Science Center at Houston (Houston, USA), Democritus University of Thrace (Alexandroupolis, Greece), Belarus State medical university (Minsk, Belarus), Mhitara Geraci's Erevan State medical university (Erevan, Armenia). It allows our students to take a part in international exchange programs. This work allows improving our educational level.
Students have a practice in our hospital (one of the biggest in Russia) from their first days in university. They learn from practitioners, who work in our clinic.
Our hospital is a federal medical organization with one of the biggest scientific bases and ancient traditions of Leningrad's pediatric school. We have modern diagnostic technologies: multislice computer tomography, MRI, US-scanners, installation for radiologists, modern radioisotope laboratory and etc. Clinical and biochemical, bacteriological and virological laboratories allow performing the entire spectrum of research at the advanced level. Our specialists work at the frontiers of modern science and implement new technologies into practice.
A minimum score of 48% each in Matric and F.Sc.
Matric and F.Sc transcripts and Certificates copies.
EEUA Regional Director will take an interview to assess students' level of English fluency.
(No IELTS or third-party test required)
Academic Requirements
English: Fluency Interview
ELIGIBILITY
A very basic entry test will be taken online or on-campus as per university policy.
Age Criteria/Limit: 18 years to 30 years
Passport Validity: Minimum two (2) years
Copy of valid CNIC (both sides)
Entry/Admission Test by University
Other Requirements:
Other Charges:
6 YEARS MEDICAL MD PROGRAME 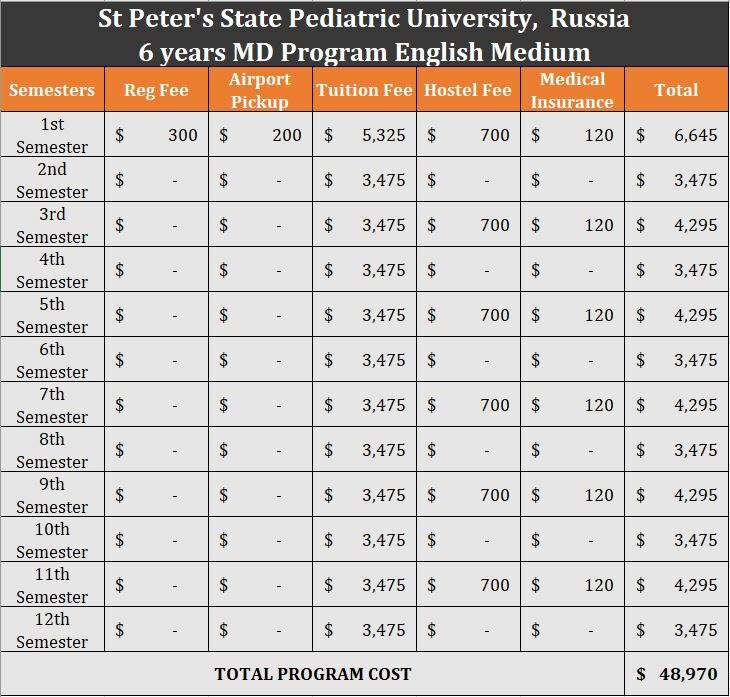 For students' convenience, we made the consultation process all online. Our team provide you with all the details about the programs, universities and their fee structure via whats app text conversation.

Once the Students are ready for admission, Our team will make their appointment for an interview with Madam Ella at our Rawalpindi Branch Office. After a successful interview, the Student shall pay the r(Non-Refundable) registration fee of 300$ and his/her documents will be uploaded into the system and the admission process will begin.

As per the University policy, the admission test will be conducted either online or at the campus after arriving in Russia. Once the Student clears his test then his/her document will be processed and sent to Russian immigration for an Invitation letter. This process can take up to 45 days

Students need to get their matric & FSC certificates attested by their regional educational boards, Higher education (HEC) in case of bachelor or Master's degree along with final attestation from (MOFA) Ministry of Foreign Affairs Pakistan. All educational documents shall be translated into the Russian language. Police Character certificates and Medical fitness certificates are also required for a Russian visa.

Once the invitation letter arrives, Students will deposit their remaining fee. An invoice will be issued to the student which he/she will submit to the embassy when applying for the visa. All appointments for visa submission will be arranged by EEUA. Students will apply for their visas. In 10 days maximum visas will be issued. In case of Visa rejection, Same time all submitted fees will be returned to the student except the registration fee.

After the visa, the Student will book his/her flight and share the details with the EEUA office, They will organize his pick & drop from Moscow to their Universities.